Ring around the moon 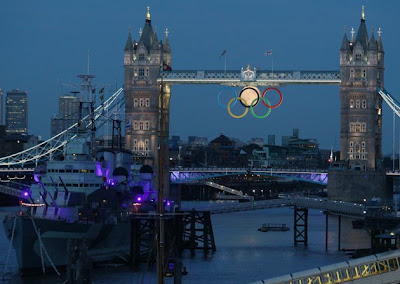 A magnificent moon peers through the Olympic rings on Friday, August 03, 2012.
Posted by Dixie@dcrelief at 2:52 PM 6 comments: 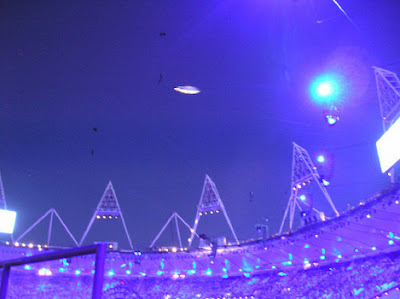 As if James Bond and HRH could be topped?
What say ye, England?
Posted by Dixie@dcrelief at 2:45 PM 4 comments: 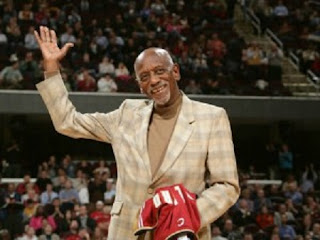 LONDON (AP) — The oldest 100-meter Olympic champion is back in London for the games — only this time as a celebrated athlete, not a scrawny kid from Cleveland who botched the hurdles only to win the gold in 1948. William Harrison "Bones" Dillard (born July 8, 1923) is a American former track and field athlete.

Harrison Dillard, 89, was honored at Britain’s Foreign Office where the 1948 torch from those London games is on display.

“It’s heavy!” the man, also known as ‘Bones’ because of his lanky youthful appearance, said as he held the silver torch.

As a world record holder, all eyes were on Dillard in 1948 to win the 110-meter hurdles. But when the day came, the American knocked down several hurdles and failed to finish the race.

He tried again in the 100-meter dash, winning in 10.3 seconds — a surprise to his teammate and favorite Barney Ewell, who did a premature victory dance thinking he had actually won.*

Four years after London, Dillard went on to win the 100-meter hurdles in Helsinki.

“That’s one of the beauties of the Olympic Games, that they occur every four years,” Dillard told The Associated Press. “The athlete who fails in the first, assuming that he can maintain the necessary physical ability plus the emotional and mental ability, has a chance to redeem him or herself. I certainly had that good fortune.”

*Side note: "The 1948 games were the first time that Olympic judges had the benefit of using photo finish technology, which helps the naked eye in determining who crossed the finish line first."

~from your iconic avatar...

Posted by Dixie@dcrelief at 8:47 AM 2 comments: 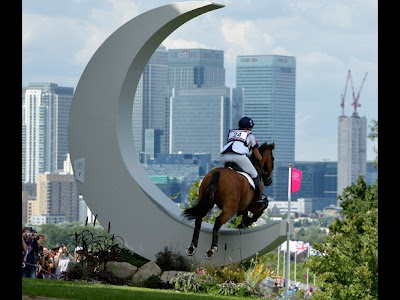 Tally-ho, off we go! (Do they really say that stuff in England?) Pip-Pippa, no, that's the sister-in-law to Prince William... Duke William... Duke Ellington? (Being four years old has it's problems; largely I'm behind in history, etcetera, ad nauseam.)

So the Equestrian Competition was great, mostly. Our cameraman was at the volleyball park again and so purchased this photo. But  it is one amazing shot! (I thought only the cow jumped over the moon... silly me.) My summation of the event: lots of jumping; lots of turnarounds; lots of high stepping; lots of guard rails knocked off;  lots of 'OH NO!' and then, I got busy.

Over to my left lay a large field of lovely flowers; their scent rising up into my tiny nostrils. Delicate blossoms and amongst them a smallish creature, not unlike myself. We're off to ride The London Eye. Horses? What horses? All I see are pony tails. Tally-ho, Pippa! 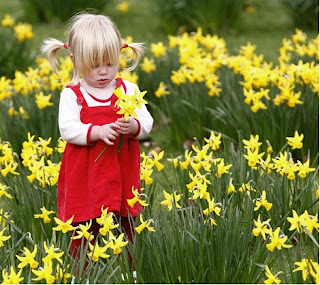 Posted by Dixie@dcrelief at 6:40 PM 6 comments:

Posted by Dixie@dcrelief at 6:03 PM 6 comments:

Musical interlude from the Olympics

A play is afoot

Dixie here, introducing Mr. Austin Playfoot. He was chosen as torch-bearer for the 1948 Olympic games. Originally scheduled for 1944, they were postponed due to the war. Mr. Playfoot at that time was a member of the Royal Air Force (RAF)... and took leave to answer the invitation sent from the Olympic Committee. How ironic and yet lovely, that he was chosen to relight the Olympic Cauldron for 2012. Here are some notes from The Daily Mail.


[["Although it didn't die by accident, the London 2012 Olympic flame had to be extinguished for security reasons on Sunday evening.

By tradition, the Olympic flame must be kept burning inside its cauldron for the duration of the games, but technicians had to put it out while they moved the vessel to a new location inside London's Olympic stadium, the Daily Mail reports.

Before cutting the gas, torch bearer Austin Playfoot transferred the flame to an Olympic torch. Playfoot, who was a torch bearer for the games in 2012 and 1948, re-lit the flame from a cherry picker once the cauldron was moved.

The cauldron now burns in the southern end of the stadium — meaning that the Olympic flame is still not available to the many visitors who lack tickets to the Olympic Stadium.]]

"'When I ran with the Olympic Flame in Guildford I never thought I would get this close to the Cauldron," Playfoot says in The Daily Mail. "It brought me to tears when it lit up."


Mr. Austin Playfoot, a person of interest, with some 64 years between the two lighting-s and it would seem to have the same warm appeal. Congratulations of another round well done. 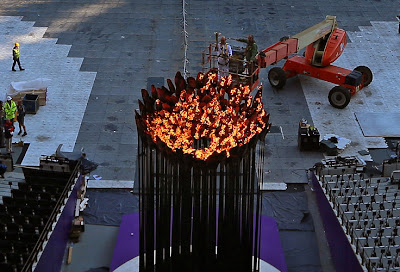 Posted by Dixie@dcrelief at 5:47 PM 6 comments:

Alistair does The Mall

The spectacular Mall at Buckingham Palace! One of my favorite thingss to do is get on my tryke and go! However for this event you had to compete while on two wheels; I'm not quite there but it didn't squelch my excitement.

How do they stay balanced? How do they keep from falling or knocking into each other? Maybe that's what Mum means when she says, "Experience makes the man." No matter, I'll just ride along and keep out of their way! 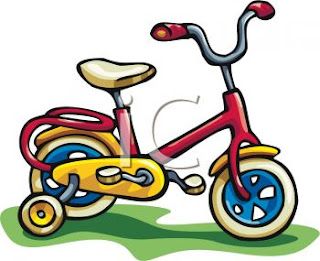 Posted by Dixie@dcrelief at 8:57 AM 6 comments:

Sitting on the fence Alistair and I agree that this event was gruelingly unfair. The South Korean fencer, Shin a Lam, won the match; at least she did in our eyes! We're using some excerpts from the following report:


Shin a Lam: Fencing Controversy Exposes Embarrassing Olympic Flaws - By Sam R. Quinn on July 30, 2012
"Shin A-Lam's failure to advance on from her semifinal match against Germany's Britta Heidemann was through no fault of her own.
The South Korean fencer was tied at five with the defending Olympic gold medalist when the clock struck zero. She would have been awarded the upset victory and a chance at the gold medal if she lasted through the sudden death round due to a "priority ruling," but that was not the case.
According to BBC, "referee Barbara Csar reset the time with one second left after Shin was guilty of an infringement..."
The judges then presumably followed protocol and adjusted the clock accordingly.
Per The Telegraph: "The countdown clock in the 25-year-old’s contest against reigning Olympic gold medallist Britta Heidemann was reset from zero to one second with the scores tied on 5-5."
That seems reasonable enough, and well-warranted if Shin did indeed commit a violation that called for more time to be put on the clock.
What isn't reasonable is this next part (via The Washington Post): "It was during this third "second" that Heidemann scored the winning point, prompting the South Korean appeal."
In case you are having a hard to coming to a conclusion as to what happened, I offer you an explanation.
Shin allegedly committed a violation just before the buzzer. One second was added to the clock because of said violation. The match then restarted, but the clock stayed at one second. Heidemann took three swipes at Shin, the third of which connected as time expired to give her a buzzer-beating victory
Shin's camp appealed the ruling while the fencer sat in a heap of tears in front of the entire crowd.
My first, and most minor gripe, is that the violation that Shin was alleged to commit has not yet been revealed. It is skeptical at best, especially given that her competition was the defending gold medalist.
Secondly, the appeal absolutely should have been overturned because the clock froze. This shouldn't have been a tough call to make, seeing as the outcome was not affected by a judges ruling that could not be overturned, but rather a technical failure.
The most heinous crime committed by the International Fencing Federation and the International Olympic Committee can be seen in this next excerpt from a Telegraph report:
The crowd was then incredulous when just before 7.40pm - nearly an hour after the incident - that an announcer claimed that in the rules the Koreans had to lodge money for the appeal to be valid.
Jaw-dropping. Obscene. Inherently wrong.
Those are just three things that come to mind upon reading that ludicrous rule. In an amateur competition, the Koreans needed to pay for their appeal to be officially considered.
What kind of operation is being run here?
None of these competitions are about sustaining a productive business or bringing in money. They are about showcasing the greatest talents all over the world across various platforms. Yet the Koreans needed to pay what was essentially a bribe to question a ruling that was questionable at the very least.
We still don't know what the violation was. The clock froze. And the Koreans needed to put forth financial compensation for anybody to care about what they thought.
All of this was occurring while a visibly distraught Shin sat on the piste waiting for an answer. She was told that she couldn't leave the field of play, for if she did, it would have been seen as her accepting defeat.
Should Shin A Lam have won this match?
Yes
97.9%
No
2.1%
Total votes: 1,874
There's no reason for her to have to sit there in hysterics while her coaches fight for something that was rightfully hers. That is the least of the competition's problems, though.
Much to the chagrin of Shin and her camp, the ruling stood. Heidemann advanced to the gold-medal match, which she would lose. A dejected Shin went on to lose her bronze medal match.
Of course, the IOC hardly cares about what the public believes regarding this specific instance. Nothing will be done because nothing can be done.
Shin's chance at a gold medal are well in the past, and it is all because a cockamamie ruling that was not overturned for reasons unbeknownst to the general public." End of report.

dcrelief:
This is so upsetting, but not the first time we've seen questionable events connected to the Olympics. We want the athletes to enjoy their time as best as they can, in light of this unhappy situation.

Alistair:
NO! What are the judges... bonkers? Even I know a second when I hear one. Mum often says, be there in a second, hun.... and five minutes later... there she stands, catching me with a handful of cookies.(smile). My 'Mickey Mouse' watch says it's time to get off the fence!

Posted by Dixie@dcrelief at 1:48 AM 2 comments: 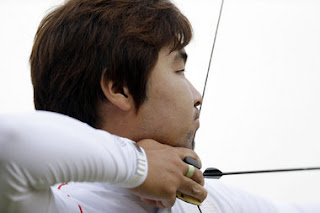 Such an amazing athlete. Alistair and I wanted to showcase him on our blog. We really hope you saw the Archery competition.

Does anyone know something about "Lord's Cricket Ground," or have you been there?

Posted by Dixie@dcrelief at 7:25 PM 6 comments: