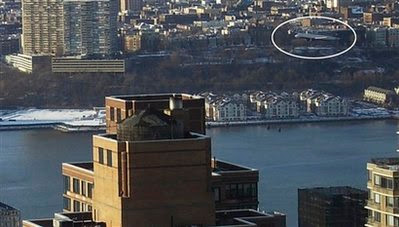 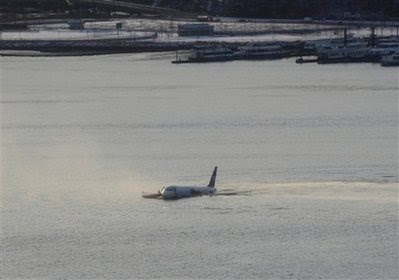 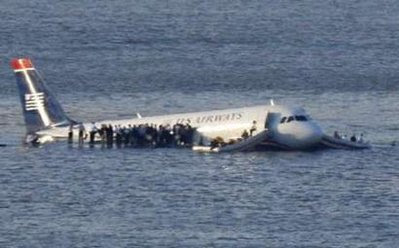 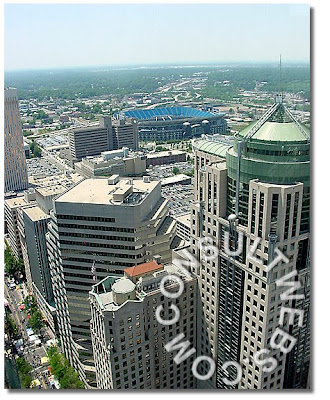 [[On one of the coldest days of the year, a passenger jet carrying more than 150 people was forced to make a water landing in the frigid Hudson River. US Airways flight 1549, with 150 passengers and five crew members, crashed into waters just west of Manhattan after taking off from LaGuardia Airport en route to Charlotte, N.C. "I was driving down 72nd Street [on the west side of Manhattan], and I saw the plane falling, falling," one eyewitness, Spiro Ketahs, told TIME. When it hit the Hudson, he said, the water gushed like a volcano. Said Adam Weiner, an employee at MTV who saw the accident from his midtown Manhattan office building: "I was sitting in a conference room on the 39th floor, facing the window. All of a sudden I see a plane gliding into a river. At first I didn't realize what I was seeing. Then spray went up, and you could tell it was a jetliner. Then a couple seconds after, the door blew off and you could see the raft blow up." from Time News 1-17-09]]

It’s always a bit unnerving when news of any plane crashing comes on the news. The people of my home town are no different, maybe a bit more worried. We’re not a large city so it’s easy to know someone, or someone’s relative, who might have been on the plane.

I listen for the chatter but there is none. The stores are quiet as everyone waits to hear the news. At the local diner(s) all I hear are clanking silverware or glassware. Everyone is listening to hear something and I listen too. But I hate silence. I could wait no longer.

“Hello, where are you?” I asked my friend, via a private line.
“Driving as hard as I can go to New York; yes, that’s my team, same team… again.”

For a moment we traveled back in time to September 13, 2001, when the silence was too deafening again. At that time she was driving as hard as she could go to New York. Her team in World Trade Center Tower 1 had decided not to go back inside after given an “all clear” signal from Tower operators on September 11, 2001

Well wishes to the Bank of America Team and my hard driving friend! See you at the airport again.
Posted by Dixie@dcrelief at 11:40 AM 4 comments: 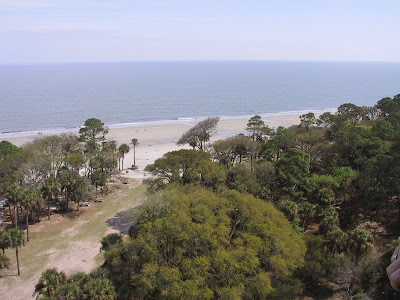 There’s nothing I want to write about; could give a damn about anything this minute. Maybe I will the time you read this. But I refuse to delete it once I drop it in. Why because I do that so much that people now wait to make a comment after the post has been hanging up for two days. Really I cannot blame them either. I mean, you work to figure out the perfect comment and go back to place it and the damn post is gone. What’s that about?

It’s about a writer experiencing fear of losing my mind and not being able to get it out before I explode or implode. One makes a bigger mess, I guess.

I have no subject I want to write about so I’m rambling. If you don’t like it go some place else today because this is my moment of zaniness. I’ll come to your blogspot and read your zaniness.

This week I will be designing my new life. Item by item. Step by step. Positive thought by positive thought. Layer upon layer of love.

I grew up alone. I don’t mind living alone. I would like to visit people occasionally. Occasionally someone might like to visit me. Life on life’s terms only happily living my life. You will see. I will write blogs and show photos of my new home. And you’ll say: “Remember when she wrote that strange rambling post about...”
Posted by Dixie@dcrelief at 1:39 AM 4 comments:

What are your thoughts?


I opened an email to find a cutesy little flower with bears adorning the edges. Ah, life without “E” cards, where would we be? Yet, there was an element of truth that the message could be right:

"Be kinder than necessary, for everyone you meet is fighting some kind of battle!"


Most of my twenties were spent care-free. Of course the occasional marriage did upset a few things. My thirties were drugged and not much can be remembered. My forties started off right but hit a snag when I had a mental health melt-down. Today and I don’t feel so inclined to share where I’m at, but everyone I know may be fighting some kind of battle. So it’s possible that everyone I “meet” is too. My own history shows I wasn’t exactly focusing on anyone else having a battle. Now I feel a bit wiser, possibly more aware of my surroundings.

What are your thoughts?
Posted by Dixie@dcrelief at 10:33 PM 6 comments:

How do I apologise for not knowing then, what I know now? 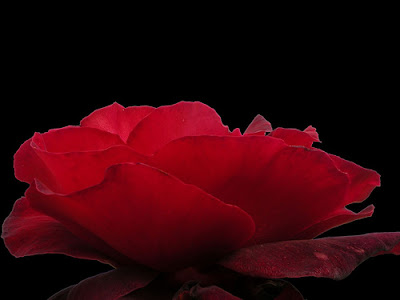 I used to call myself a writer and was proud of my accomplishments. In my zeal to help others feel good about their writing I have torn my self to bits. I have done this to my self. No help; like I was ashamed to be considered any good. What is wrong with me? Why do I do that?

Time has marched on and I met some really great friends and again I start telling myself I don’t deserve such friends. Are you beginning to see a pattern? Yeah, so am I. Only it’s taken me years to really get this far.

Lately I think of what I want from life and how happy that would make me. The next minute I’m in anguish trying to find solutions to get my dreams materializing. Today the place at the beach got flushed. My niece is selling her home and moving to Sweden. No, can’t buy it, lots of money needed for that one.

My entire life cannot be one big “boo-boo” right now can it? A friend of mine reminded me that according to the “Changes 12-step program” “feelings are not facts.” These feelings hurt, so am I being hurt by invisible assassins?

For the last three months I’ve heavily relied on people to help me understand; some more than others. I don’t feel like playing a dying martyr to my own death so I’m challenging myself to find more solutions and new ones for the ones that have evaporated.

I’m returning to writing. If I move I’ll let you know. If I have great friends they’ll show up here when they can. When I get divorced I’ll throw a party. And when I flush those feelings I’ll be back to being dcrelief!!
Posted by Dixie@dcrelief at 10:28 PM 6 comments: 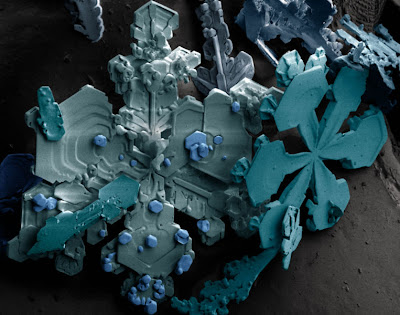 This is a snow crystal that has had a blue coloring put on it so we can see the different parts that each one has. Photographed under an extremely magnified resolution we see sights most people never see.

I immediately thought of the opening and closing scenes of “The Grinch”; life on a snowflake, a snow crystal. Almost looks like something mechanical. Small wonder the things that fall from on high resemble stuff we build down here. Kind of resembles an old engine dropped down out of a vehicle.

What does that have to do with my life and my blog world? The smallest things can still make me say “ah,” and I am free to write about them. Maybe you’ll say, “ah.” All together now: “ahhhhh.”
Posted by Dixie@dcrelief at 12:09 AM 2 comments: 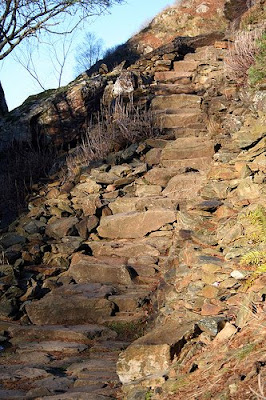 Lately I've been taking little steps
to improve an area that really wants to bother me.
Yet those little steps
keep me strong
walking on
in the direction I want and need to go.
For tonight's meditation on peacefulness
I'll light my first candle for my peace of mind.
I'll light the second candle for you. 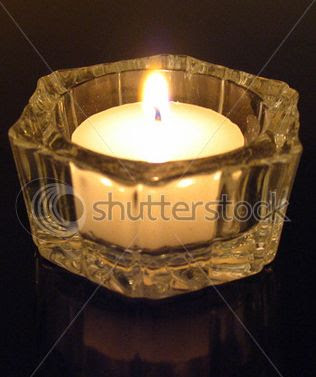 He didn't go to Jared's 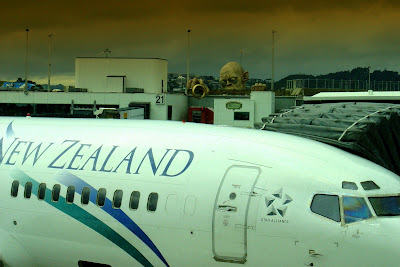 Posted by Dixie@dcrelief at 8:57 PM 4 comments:

"My Country is Winter" 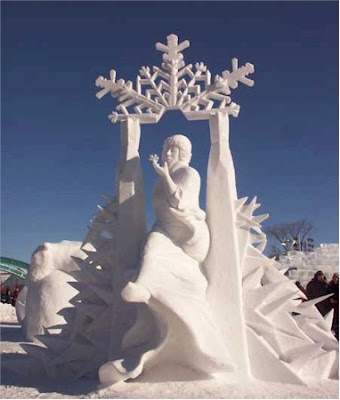 Quebec, Canada
The Canadian Snow Sculpture Team
Click on the link to see her blow snowflakes!!
http://www.snowsculpture.com/
Posted by Dixie@dcrelief at 11:37 AM 4 comments: