A remembrance of love Yours so humble and peaceful, mine aggressive
And often turbulent
But we talked on

Six months passed our lives broken
You went off to war
I stayed here and realized we
Would never be the same
Posted by Dixie@dcrelief at 9:14 PM 2 comments:

a place for me


If I could live anywhere it would be in a place just like this scene of morning coolness; a chilled spray with slow, soft crashing waves of green nearing shores' edge, peaking in pink foam.

It would be a delicate sunrise of bright pink toned yellows, breaking forth in a lemony sky, oh my.

Would I share it or be alone? I think I'd rather be alone and drink it in; explore every sensory preception's reception.

The sand waits for each footprint to appear and just as quickly, to disppear; wet sand does as it is directed by a source we often forget. I won't forget this time.

The place I would live surely exists because I found a photograph of it. Can I find it? Yes, everytime I close my eyes I will see it and be grateful that I can still imagine beauty.

Posted by Dixie@dcrelief at 10:36 AM No comments:

Artist, composer, and lyrist, Barry Manilow may not have been the most popular musician in my high school, but I loved his music; I felt his music. Strangely I only have his first album, the others lost after so many moves with a running person.

I ran from every situation that needed confrontation, dropping my gift of love and leaving completely. Leaving friends and family wondering what was going on with me? I could never explain, but one day I stood still and let the world mow me down. Running was replaced by anger and hurtful feelings; then the loss of physical strengths. Hate came and it is the most devastating because it brings suffering, not only for me but for the ones around me.

So the choice was made to medicate me and I became a living zombie. I heard no one and nothing. For three and a half years I did not exist. One day I had a thought; A THOUGHT. The zombie finally had one thought; I would die, but how? Nothing came to mind. I couldn’t remember; how do people kill themselves?

Bargaining with the great silent universe I wanted to stop the non-existence I felt; I wanted to die. I began to starve myself, which created a medical problem of dosage versus body weight. Two weeks later I ended up in an emergency room, and the staff was going nuts trying to match the symptoms with a diagnosis. When I finally died at the hospital which tried desperately to keep me alive, I saw some of the most wonderful sites.

My youngest brother stood by my bed and I read his face even though my eyes were closed. He fought heard to keep his emotions unrevealed to anyone. With his medical background I knew, he knew. I tried hard to get his attention and tell him that I was going to be okay. I reached out with my arm but looked down at the sheet where my arm still lay. I knew his future, and wanted to tell him before I left. Just at that moment the golden “judgment box” reappeared overhead. I heard my brother tell his wife, “She’s dying and there’s nothing they know to do for her. They can’t find the problem.”

I lay back against the pillow having watched another “mirror of my life” within the judgment box clear; something had been forgiven in that instant. My brother and his wife stood before me and I saw behind them two great worlds collide and planets ripping apart. A large ship sailed out of the way and escaped the planets’ pull. No one else ever stood close enough for me to “see” what might be behind them.

A terrible medication accidentally got left at home, and left off of the emergency room history. No record of it anywhere. On the fifth morning in the ICU I awoke to a white, bright, clean room. Nurses and technicians fluttering about and then someone noticed that I was awake and sitting up. I had been without that one medication for five days. My mind was back. I no longer saw through a long dark tunnel toward a pinpoint light. It was as if I had been living in a dungeon and was seeing the outdoors for the first time.

I am not abandoning Barry Manilow’s lyrics. In my brief scenario above, someone was showing me great things, and if those great things help me find other voices singing in the darkness, then indeed I must sing, telling them what is on my mind. I’ve found more comfort re-listening to his music than in therapy where a person who’s had no tragedy like mine is telling me: “its okay.” Recently I’ve found many voices that have been singing for a long time of a way to heal through love, patience, and positive affirmations. I continue my journey learning from them and hopefully will one day be included in their collective ONE VOICE.
Posted by Dixie@dcrelief at 12:02 PM 2 comments:

Can you fix me? 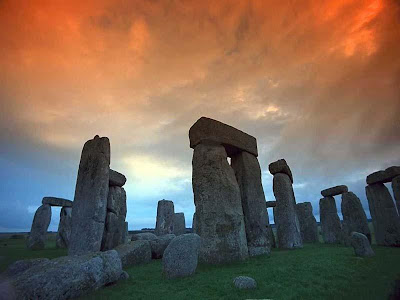 I want to explore without getting lost
My missteps add up, a burden with costs

Love is a goal but I’m never hot
My travel feels cold, rejection my lot

My mind swirls in time and I lose my way
My closet awaits, more prayers will I say

Temptation comes near, a dangerous feel
I laugh at my frailty, but know that it’s real

Life is much more yet I am here pleading
To be what I am; I am here for the reading.

The want to know people and not invite fear
I read and I write all the words that are dear
Posted by Dixie@dcrelief at 12:33 AM 2 comments: