A place to belong

A place to belong...
Tis heaven's song
When asked to go
Make sure you know
That in your haste
You leave no waste
And love abides in every space.
Posted by Dixie@dcrelief at 8:28 PM 4 comments:

watch out for THAT tree

THE spider sat in a tree watching the small fly twist and turn and struggle against the silk. Pretty soon the spider came down and sat next to the fly. “If you would relax just a moment the web’s suspension will stabilize and you’ll feel better.”

The fly looked up terrified, “Who are you to capture me and hold me here?”

I am the master of this place and you have crossed the boundary that I set years ago for the children of all species. You have invaded my domain.”

“I am a citizen of these woods,” spoke the fly, “and I have never heard of any boundaries set before the children of all species other than: ‘be fruitful and multiply.’”

The spider chuckled to himself then openly laughed into the face of the questioning fly. Large eyes, small brain, thought the spider. “Well, that is quite an old saying but not meant for the modern era.”

“Here we eat first and ask questions, inquiries, and resumes, later.” And the spider reached over and took a wing from the fly who winced in pain.

“What are doing? You have no right to do this to me. I am a free species,” cried the fly.

“RIGHTS? You lost YOUR RIGHTS as soon as you flew into the tree of knowledge,” hissed the spider, who sat licking his lips in anticipation of the other wing.

“No, no, not both wings!! Please, I made a mistake. I’m supposed to be in the tree of life, not the tree of knowledge. I must have gotten lost?”

“Puh-lease, you and everybody else alway scream the same thing; wrong tree, wrong tree!! Well too bad.” And the spider ate the second wing off the fly then left him alone in the dark.

The next morning the poor fly continued to struggle and free himself from this terrible tree of knowledge, as if he knew something worse might be coming.

“Good morning there, ‘fly-ster’, and how are you this fine morning?” snickered the spider.

“I am sore and a bit hungry and I suppose it would be an imposition to ask for something to eat?” asked the fly.

“On the contrary I have a bit of wing left?” The spider laughed out loud watching as the thought of eating his own wing registered on the fly’s face; priceless.

“Blaach, don’t you have something more in the veggie line?” asked the fly.

“No, but a friend of mine has just what you’re looking for. I’ll have him come over.”

In the afternoon a large praying mantis appeared in the fly’s vision. He gave him tiny pieces of bamboo shoots coated with honey and a bit of week old bar-b-cue sauce. Gradually the fly began to feel health returning to his life, but what life would he have without wings? Once fed and bathed the praying mantis lifted the fly onto his back and began to carry the fly away out of the tree of knowledge.

“Where are you taking me?”

“We are traveling to the tree of life.”

“Really, I was supposed to go there and not to the tree of knowledge, “said the fly.

“We looked for you until all night. This morning the spider said he had one of our recruits. That spider, nasty business, but he’s got an incredible web; you’ve got to be careful.”

“Will the tree of life restore my wings,” inquired the fly.

“No, you will become an emissary for ants and other smaller species; they’ll feel safe.”

“Quite simply, because you will no longer be able to fly off with their food.”

“Wow, I had no idea I was doing that to other species.”

“Ah and thus the reason for why you flew into the tree of knowledge first; now you are prepared to carry on with your next true mission.”

“Preparing peace and unity for all species,” hummed the praying mantis. “Hummm.”

The little fly began to ‘hum’ also and almost vibrated himself off of the tree limb. This will take some practice… thought the fly!
Posted by Dixie@dcrelief at 11:10 AM 2 comments: Great feelings begin with the acceptance to serve others:
Give to ones that need sun to shine for them.
Find a moon to cast a shadow across the land.
Prepare a pool to catch tears for the one who is lonely.
Follow the Jasmine on the night breeze, and find the lover who waits.
Receive warmth by the fire, crack-ling, his-sing; scent, ah.
Longing with heart treasure to share; weep wisely.
Walk through cool morning dew; the feet are chilled.
Cut sweet fruit, juices flowing over the face; a sticky joy.
Watch the sky filled with blue, the ocean comes to visit the sky: blue!
Above clouds chasing, each chasing clouds, and a bird flies over.
His song awakens the morning man.
To great feelings.
To great feelings!
Posted by Dixie@dcrelief at 5:52 PM No comments:

Do the crime, pay the time! 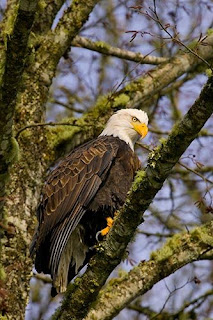 Fannie, Freddie, Merrill, Bear, Sachs, Morgan, and all the rest of you liars to the American public need to see your day in jail. What's so special about you to avoid some time for your crime. Think Martha Stewart! Do not collect $200, but go straight to ...jail.

Abolish the Federal Reserve, a privately owned company; not USA federally owned. US Congress and US Treasury should return to doing THEIR job, according to the US Constitution, to control money release, etc. Pay the debt; it’s in your hands to do it without taxation. Or have you allowed Fort Knox to be emptied?

Inventory Fort Knox. No more lies, please.
Posted by Dixie@dcrelief at 10:14 AM No comments: