The little empire that could... 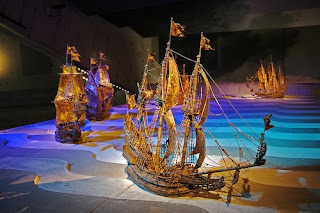 This ~ from an article about a medical center being bombed, but the police station across the street was protected by concrete barriers!
[In Kufa, al-Sadr supporters carried banners, including one that said: "We won't accept Iraq being an American colony!" Another said: "The suspicious agreement means the permanent occupation of Iraq."]

Maybe we’ve forgotten our own history, or have we ever heard it? America fought hard to secure her freedom from being a colony from England. We continue to make our ‘ancestors’ mis-takes?! When will we be done “taking people” from their environments or blowing them up where they stand?

What does the government want that overrides the wishes of another sovereign country? And what rule justified the Germans of yesteryear and don’t we get tired of hearing that tale? And yet here we are at crossroad, possibly in the crosshairs of somebody else who can eat us for breakfast.

Nothing to take away from the World Trade Center fiasco, but that was supposed to be a “message” according to the admin. Remember? They had fifty warnings and still let it happen.

So what do you want for breakfast? Do you like sushi? Or maybe a bit of the old world charms cuisine? You need to think this through some more. We’ve practically stocked the entire world with enough weapons to blow us up! Wait for it. What’s that you hear? That is a pre-emptive strike that we think is ‘our policy only’: do we have sole rights? Who knows; maybe that’s the end-intention of the ‘admin that is.’ Secret agreements: wait until you hear about the new embassy in Iran?

We are finally as ignorant as we are arrogant.

If you disagree it won’t be the first time. Think Hiroshima. Japan agreed to peace but we bombed them two days later anyway. Where are we now? We’re making deals with one of the ‘axis of evil.’ Yesterday is such a fleeting moment… the war on terrorism must go on even if we have to cut a deal with an evil neighbor.
Posted by Dixie@dcrelief at 3:48 PM No comments:

If Only You'd See 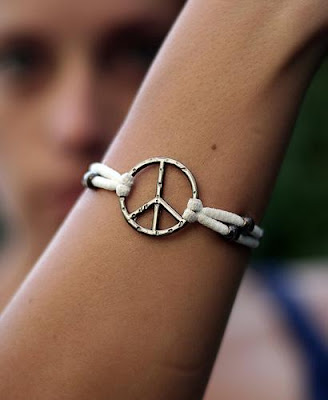 I’ll not be a lover
There’s no need to hover
Why run for the cover
If only you’d see
Posted by Dixie@dcrelief at 11:09 PM No comments:

It was a dark and lonely night... 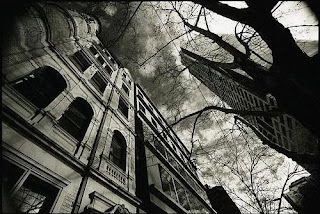 Off in the distance the sound of an animal growling and scratching against something that sounded like wood; ah, Scruffy, the giant poodle was still awake and sensed my approach to his master’s humble abode.

The sky was so, so, so gosh darn scary looking and it didn’t help that I stepped into a hole and was now staring up into the trees. Snarling, tree limbs… no that was Scruffy snarling; I really needed to get my cheetos home. I was grateful he was in for the night as he would have chased me for those yummy cheetos. He also likes the crunch.

The wind crossed my neck and the hairs stood up. No, really there were a couple of rabbits on the sidewalk and they stood as I passed by. I disarmed them by tossing a few cheetos. With those teeth there was some serious crunching going on.

Ah I finally arrived at my building, my humble dwelling on the fourth floor, but there were no lights on. Hmm, had the power gone off? Had Mrs. Farley forgotten to pay the bill again? Of course the elevator would be out too. I started up the stairwell and suddenly a scream: “SURPRISE!”

As fourteen flashlights blinded me I tossed cheetos everywhere. The poor dear from second floor replied: “I didn’t know we were supposed to bring snacks?” Almost every one in the building was in the stairwell waiting for Mr. Heely to arrive and celebrate his 63rd birthday.

I hacked up the mouth of cheetos that threatened to choke me and said, “Friends, his birthday is Tuesday and if you surprise him the way you surprised me, it will be his last one!”

(Next Tuesday? Next? Tuesday next? Next Tuesday… that’s in two days.)

It was a dark and lonely night, not unlike any other except I bought a bag of cheetos to munch on…
Posted by Dixie@dcrelief at 11:37 PM 1 comment: