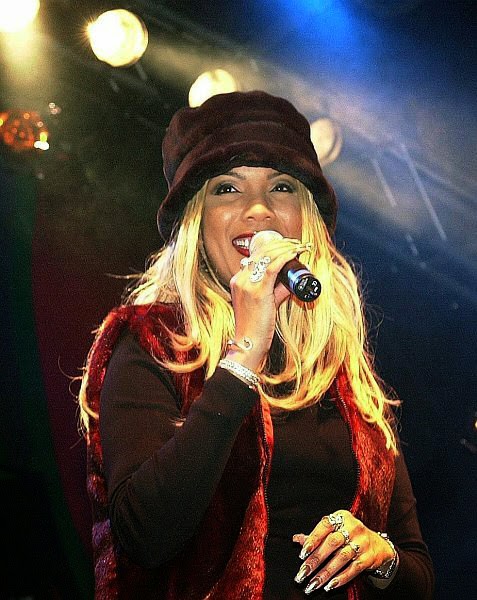 Melanie Janene Thornton collaborated with The Coke Company to make a special Christmas commercial in 2001. Coke wanted a song that incorporated their signature phrase, "it's the real thing," with a Christmas-time jingle. Melanie delivered one of the most beautiful songs. Packed with lyrics of peace and love - it promised to be a hit... and no one was disappointed with the results.

(On the heels of the World Trade Center events - we might not remember this. Indeed it took some research for me to realize, I did catch the commercial, but not the events surrounding this young woman's musical contribution, or her untimely death.)

Melanie held a dual American/German  citizenship. She toured Europe and went on to stardom as a solo artist in 2000. On November 24, 2001, Melanie was in Germany for a last concert before Christmas break. The singer was traveling from Berlin, Germany, to Zurich as part of a tour to promote her first (and only) solo album "Ready to Fly." (How ironic)

A plane was standing by to take her on the last leg of the tour. From Zurich she planned a "German Christmas" in Atlanta with her family. But on that cold, snowy night Crossair’s Jumbolino jet, flight 3597, went down just after 10 p.m. local time. Out of the thirty-three passengers aboard, nine people survived the crash. Thirty-four year old Melanie Thornton was among those who did not.

Ironically at the last minute, 24 people had canceled boarding the flight, due to weather conditions. There would have 57 people on board.

The following from Associated Press:

"Her latest single, “Wonderful Dream,” went on sale Monday (November 26), its scheduled release date, at the request of Thornton’s family. The song is also being used in a new Coca-Cola commercial."

I don't know that Melanie's dreams came true, but the line in the song says, "Celebrate a life where dreams come true, " and so I'm going to celebrate her life with this post. Listening to her last interview really made me think - what a message. Thanks Melanie. Rest in peace.

Remember: "Love is a reason - it's always the real thing." ~Melanie Thornton.