Are angels among us? 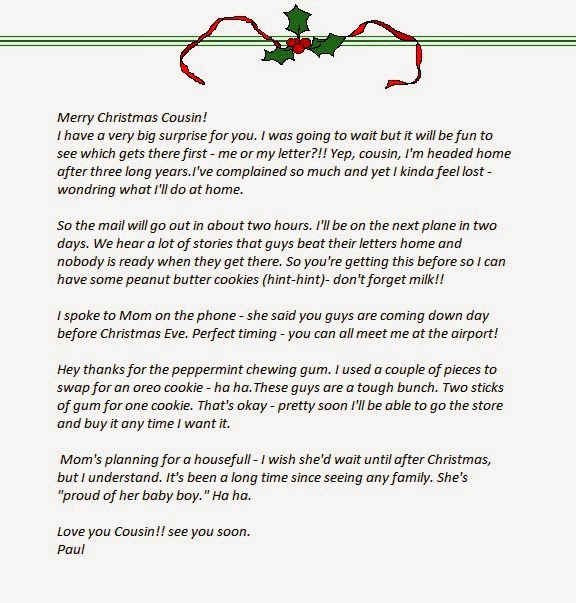 Cousin Paul didn't come home from Vietnam. He "re-upped" for another tour. After that he "re-upped" again. Three tours in Nam and he wanted a fourth, but they wouldn't allow it. I wasn't in his shoes so trying to understand was impossible. It's ironic that everyone he knew he left behind, when he first left for Vietnam. Now the same thing was happening again.

When he finally hit stateside he came to my parents' home - stayed for three weeks - long conversations with my Dad. Paul's Dad had passed when he was very young. His Mom, my aunt was beside herself - unable to help him undo what life had done. She was just so grateful he'd survived.

He became a raging alcoholic and drug user. I say raging because he was always angry. I think I wrote more letters to him during those five years than all the previous years combined.  He never answered these. I don't think he could. To answer might give me hope that he had survived.

I've rewritten the above letter as best I can remember. On the year anniversary of his death I burned it. Thinking it was time for that last letter to stop eating away at me. He was a good friend, and I don't think he'd want me to hang on to old pain. This is the first Christmas I've felt real peace about him. Maybe I'm being foolish but I think he must have helped me do the tree. Either that or I've finally forgiven him for not being here the Christmas he re-upped. Funny the things we hold onto to and not fully realize that they're there, just beneath the surface.

He gave me a Santa Claus figurine many years ago. This past week while digging through old boxes, I found it. My parents kept it all of this time. Yep there he was - lying next to an angel. It made me smile(smile). 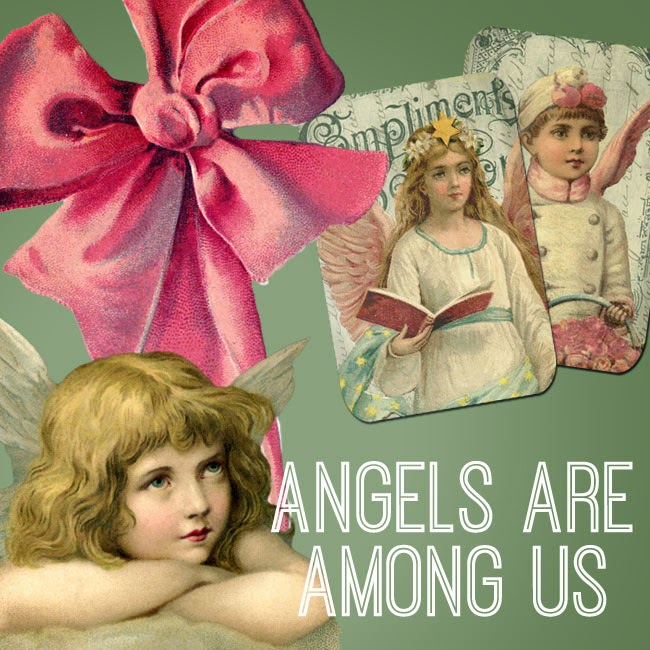 Posted by Dixie@dcrelief at 4:52 AM