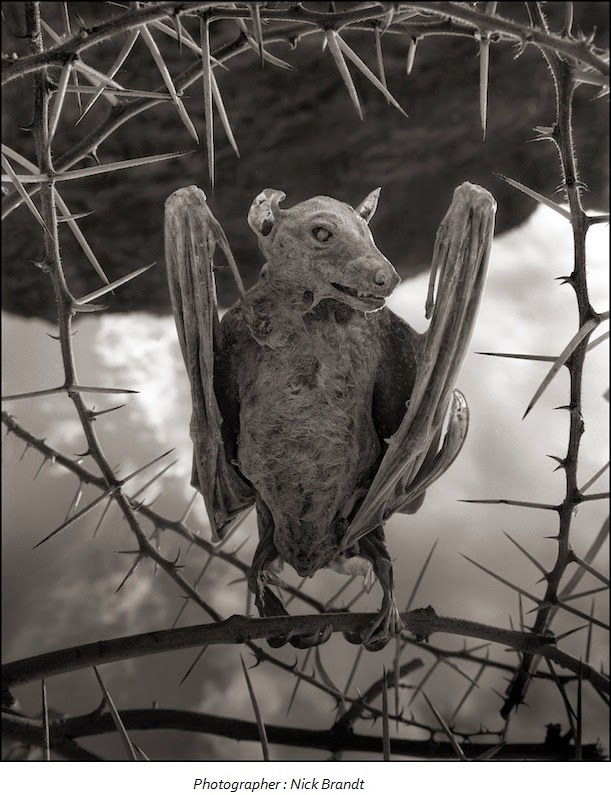 Geez, it's only November and the cold has been, well, cold. My thermostat peers back at me as if to say: "What's the problem? Crank me up! You know you want to, don't you?"

In lieu of becoming an icicle I would but until that point in time comes, I'm content to wear a home sweater of immense warming qualities. That and the utility companies just love to make me sweat - every winter! But, and aha(!) though they have the power, I control the knob. Back you vicious power companies!

What's up with the bat above? (You did wonder, right?) He's been calcified.  A crazy lake in Africa calcifies everything that comes near it. I'm not going into details. A Smithsonian article* describes it and shows more photos of animals caught in the trap. Now - doesn't that sound like the utility company strategy? Come closer - closer - charge!

I could have it as bad as that bat. Be it calcified or icicled... it's still a tough exterior to weather. Oh wait! He's dead but I'll be getting a bill soon. Let's hope by January it doesn't kill me too. If it does will the Smithsonian produce an article showing my frozen carcass? Let's seriously support that notion. Until then I suppose I should be as peaceful as a dove. 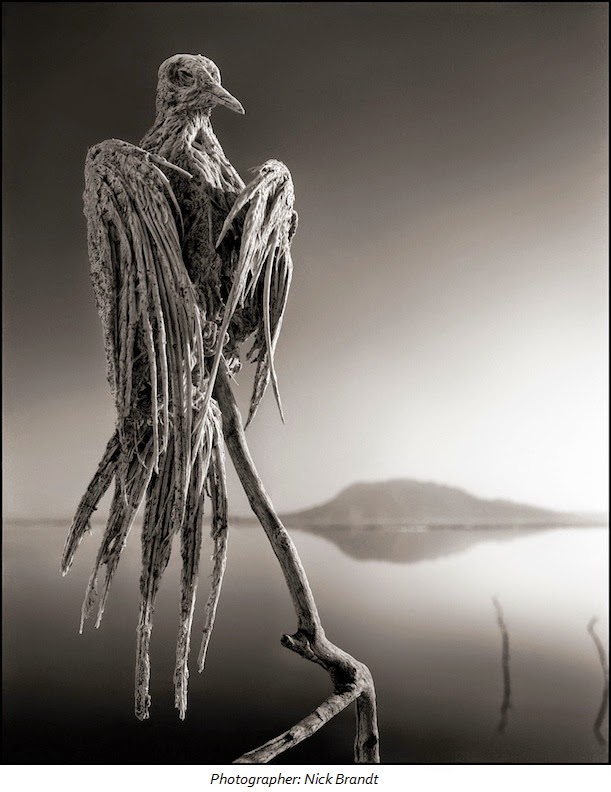 And for the non-reader... It is all about power! Mu-hu ha ha ha!