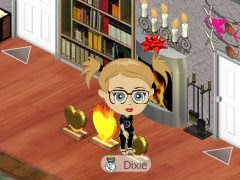 For the 2010 Winter Olympics, I was glad to see Bob Costas back; love those late night fire-side chats! Oh yes, I’d love to share the Olympic size flame I’ve been harvesting. Just a few minutes, alone, with those oh-so-pinch-able cheeks of his!! (Quiet on the set, please.)

Speaking of cheeks: how about those Bob Sled dudes? The atmosphere was so electrified for that event. You could feel the tightening of the reins, ha. Some 62 years since the Americans have earned gold in this event. Germany, Canada, Switzerland, and America, were readying for the top three medals. I couldn’t help myself, though I cheered them all on, I wanted my home team to win. Thank you Bob Sled Boys! (Cue/queue Mary.)

Two words: Mary Carillo… the sweetheart of the Olympics special features. She’s a retired tennis pro from the 1980’s. Professionally and cheerfully, she ‘bobbed’ all over British Columbia showcasing the people and their lives. I was glued to my TV set for every feature she profiled. Last nights’ feature was ‘Canadian comedy’…I laughed until I cried. (Mary Carillo said the same thing.)

So now we’re on to the big hockey game! There’s also some ice skating left… stay tuned. You know that Bob, Mary, and I will have something later to say regarding the outcome. It might even be something nice! (Throw on log, dim lights, slice chocolate cake, say ‘bye for now’… fade to black.)