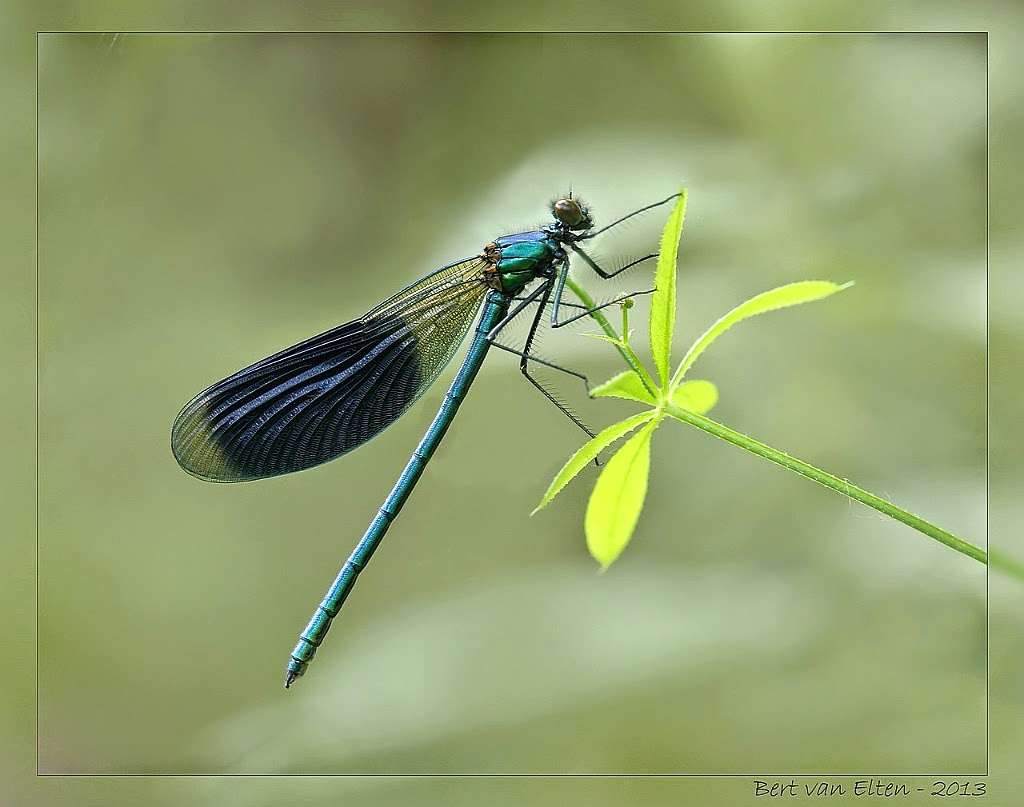 The last little dragonfly... maybe it will return next year or maybe it won't. Delicate creatures - you just never know what they encounter. This little guy was small when he arrived in early spring. I just didn't have enough blooms then to keep him hanging around. 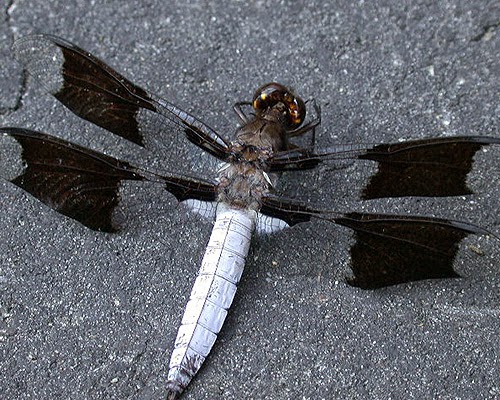 About mid-summer I noticed this black and white dragonfly. I'd never seen one like this. Indeed I almost missed seeing it at all because of the wing transparency. It practically faded into the background of my concrete wall. Braver than the blue colored one, I could approach and watch him for a long time. I wonder if I'll get a last glimpse of a black and white one before Autumn really kicks in?

There's another "fly" I once observed. Maybe I should call it a "flyby". It was the briefest, but scariest moment, ("what the heck is that?").  I don't know any details but it happened within a few days of the 2001 September World Trade Center event. Years later I came across it on the Internet; it was called a drone. Haven't seen one since and that's okay with me.

Are you a nature watcher? Do you like to keep your eyes on the sky?
Posted by Dixie@dcrelief at 5:38 AM