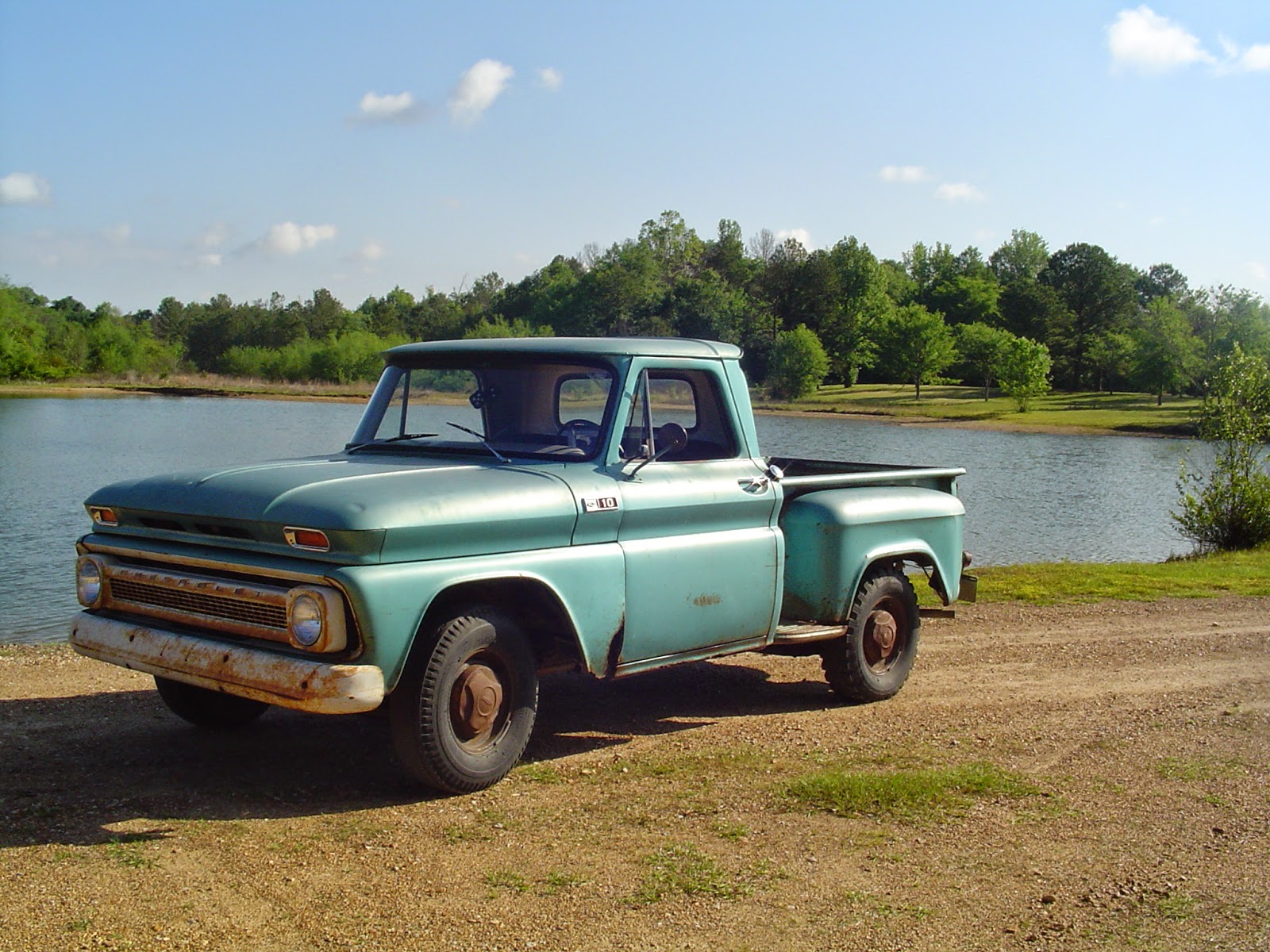 I'm one of those people who hear can a word and a song comes to mind. I was over at Robin's blog, Your Daily Dose, where she had posted a musical video titled, "Automatic." Hmm? Automatic. No song came to mind; instead I thought back to the days of my Dad's old truck. It was a straight drive - three speed shift on the column... nothing about that old truck was automatic. However the song was now going to be attached to that word forever.

I wasn't a rebel teen but I was always in a hurry.  You couldn't speed shift in the that old Chevy. The shift rod would hang up and you'd be on the side of the road for a minute or two.  If my Dad told me told once, he told a thousand times, "Dixie, no speed shifting." But once in a while he'd see me sitting on the side of the road, waiting to jump out and jiggle the shift rod. You had to  put it in neutral, shut off the truck, pull the parking brake, pop the hood, jiggle the rod, and then climb in and crank that bad boy up. Dad would flash a big old smile, toot the horn, wave, and head on down the road... the whole time he'd be shaking his head. He knew I wasn't a rebel teen but I always in hurry.

Thanks Robin!
Your Daily Dose